National Technical University of Athens (NTUA) was founded in 1837, almost along with the modern Greek state and it is the largest and most historical Technical University of Greece. Today, NTUA has 9 Schools, 40 departments, 20 Postgraduate Programs, 512 faculty members, 23.914 students and more than 4.000 external collaborators. At NTUA operate 194 laboratories, 140 of which are certified and currently, they were ongoing 1423 national and European research projects.According to QS World Universities Ranking 2016, NTUA is the leading academic institution in Greece, the only one in the top 400 institutions worldwide and in 67th place worldwide among technological universities.

Within ΝΤUA, the project will be carried out by its leading research school of Applied Mathematical and Physical Sciences. LTAEL is staffed by highly trained and experienced academics, as well as post-doctoral researchers and doctoral students. The main purposes of LTAEL’s research is to build bridges between economic theory, applied research and the society, build upon solid basis in research theories and the ability to apply advanced empirical methods in interdisciplinary areas. 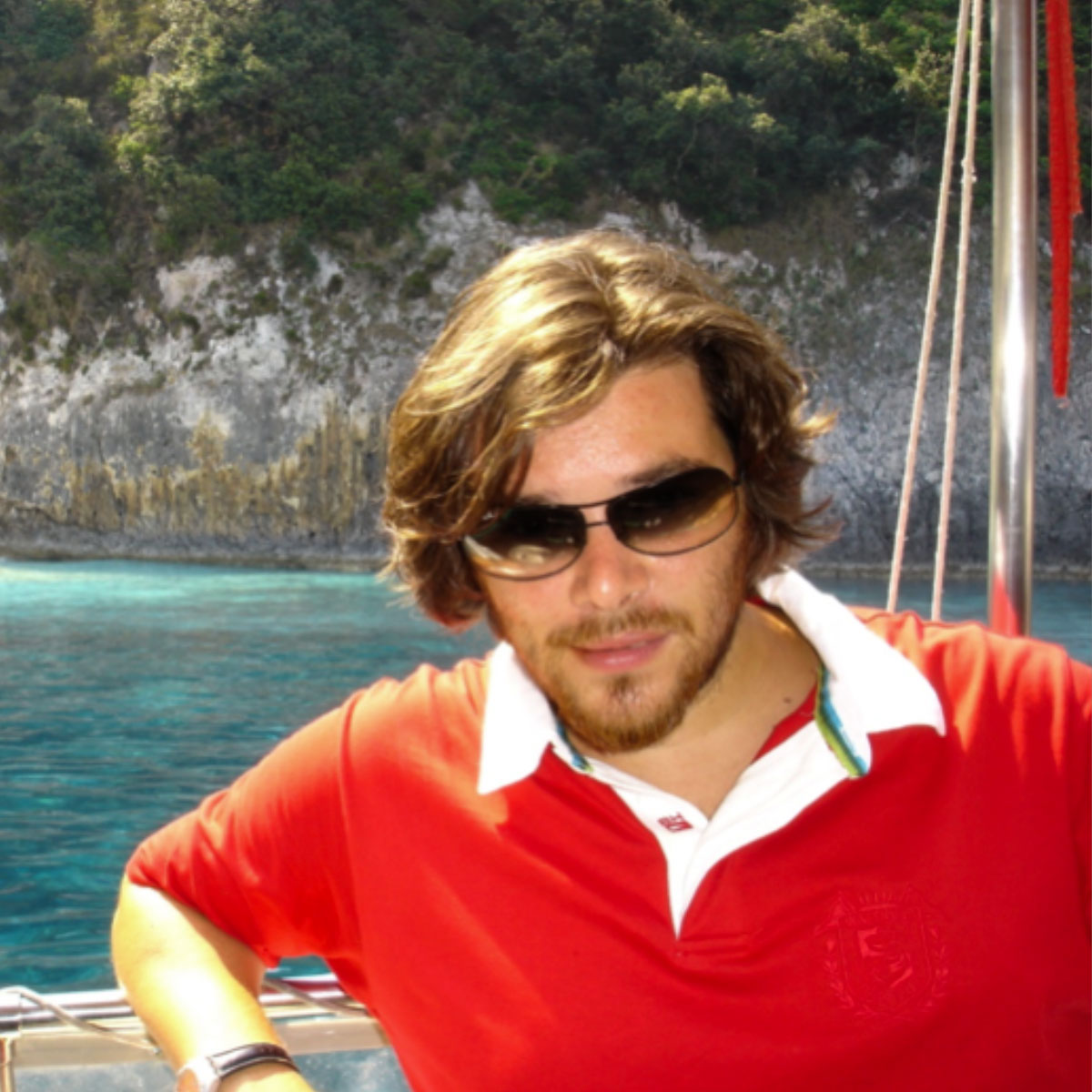 Dr Panayotis G. Michaelides is an Associate Professor of Economics and Econometrics at the School of Applied Mathematics and Physics, National Technical University of Athens and Research Associate at the London School of Economics and Political Science (LSE). According to IDEAS (2018), he ranks among the most productive (≈top 5%) authors in the world, among the best (≈top 10%) economists of the last decade, and has received the prestigious Highly Commended Paper, Award for Excellence by Emerald. In total, he has authored over 180 articles, published or forthcoming, in a number of top-ranked outlets or appearing in working paper series, lecture notes, international conferences or edited volumes. Also, he has published over several dozens of articles in Journals indexed in the ABS and CNRS lists, among which several 4* and 3* Journals (ABS list), and Categorie 1 and 2 Journals (CNRS list), respectively. His published work also also includes over 70 Conference Papers (e.g. University of Cambridge, Université de Paris-Sorbonne, IEEE), several Working Papers (e.g. European Regional Science Association), Lecture Notes (e.g. Springer) and Edited Volumes (e.g. Palgrave). Currently, he works as WP leader and researcher in two (2) Horizon 2020 projects that are on-going. 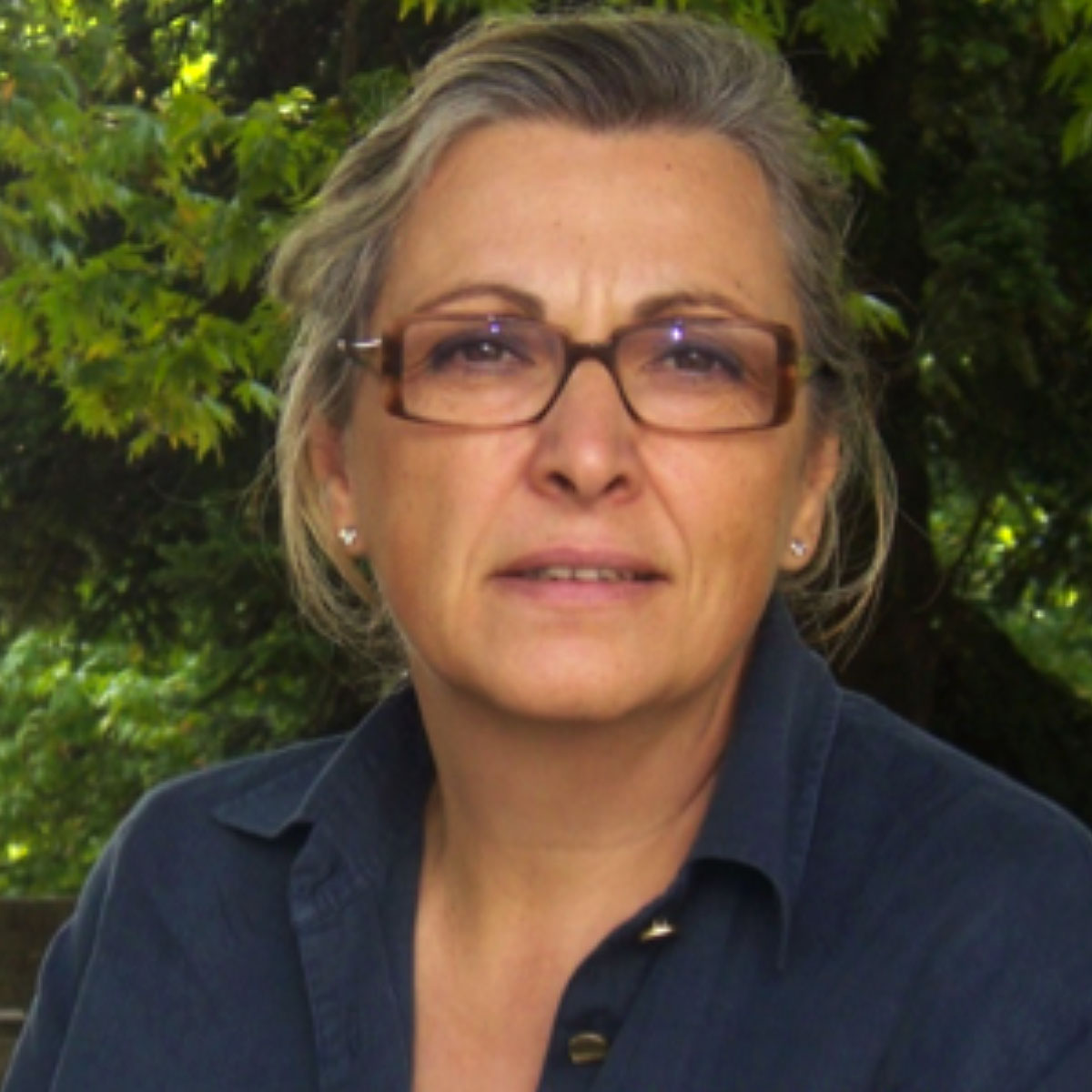 Dr Athena Belegri-Roboli is associate professor in economy analysis at the National Technical University of Athens (NTUA). Born in Patras, Greece, 24/3/1949, she obtained the PhD (1994) at the National Technical University of Athens; DEA (1981), Systèmes et Structures at the Université de Paris VIII and BSc Economics and Political Science (1973) at the University of Thessalonica. She has authored more than fifty (50) papers published in refereed journals in Greek, English, and French, including the Economic Systems Research, Applied Economics, Energy policy, Journal of Chinese Economic and Foreign Trade Studies, Journal of Public Transportation, Journal of Technology Transfer, Energy- the International Journal, International Journal of Urban Planning and Transportation etc. She participated in numerous international conferences and has also authored or co-authored numerous scholarly books. She was scientific responsible in over 20 national or international projects including the labour market situation. The more recent is titled: Unemployment and the Deepening of Crisis (2008-2014), European Parliament, 2015. Also, collaborates with other researchers and she has mentored several young scientists and economists, who currently hold positions in academia, industry and institutions. (Consultant without any payment for this project). Recently she also participates in the European Project "Ingrid-2" (http://www.inclusivegrowth.eu/). 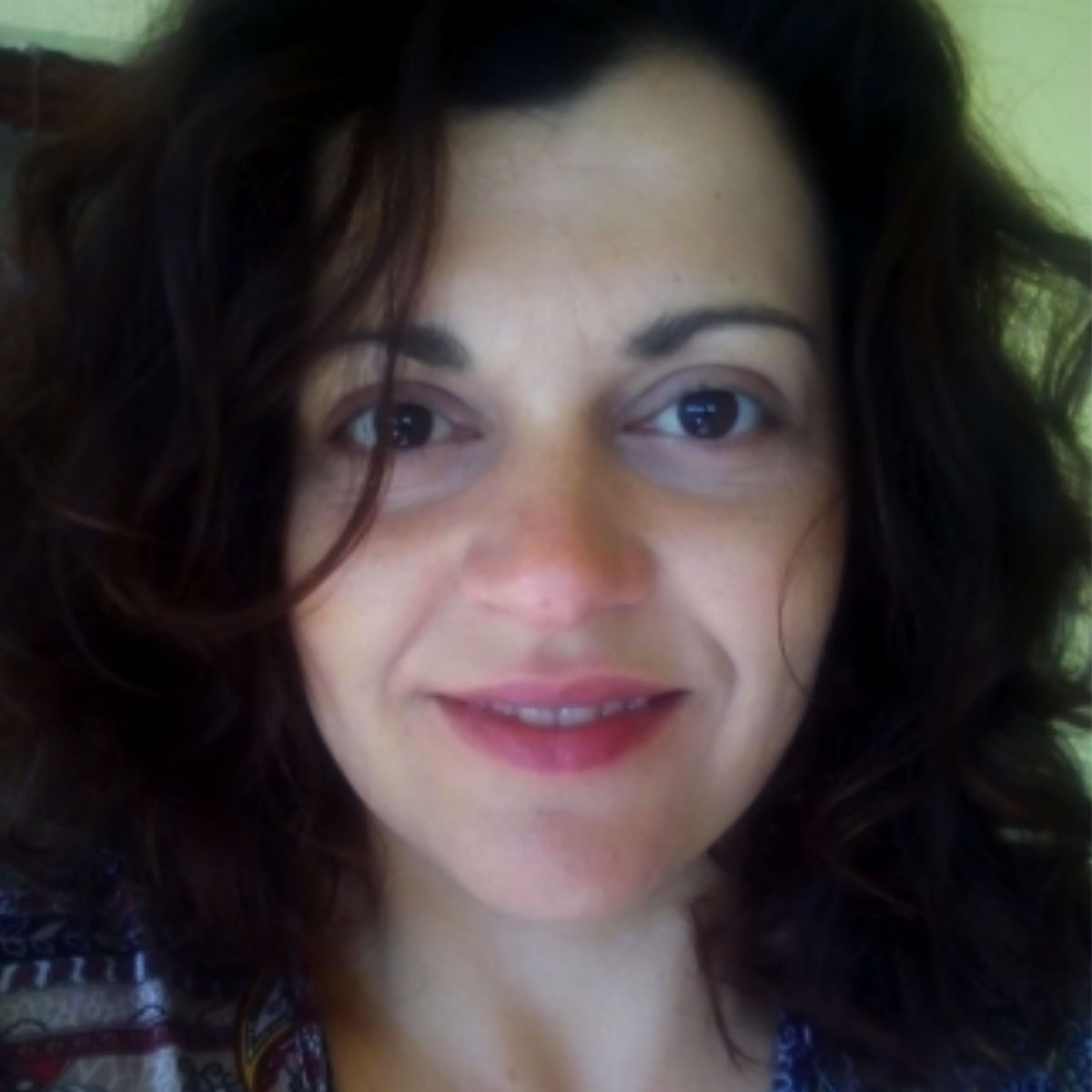 Dr Maria Markaki is a junior researcher and adjunct professor at the Hellenic Open University. She received her Diploma (5 year-degree, Bachelor plus MSc equivalent) in Mechanical Engineering and her PhD in Applied Economics for the School of Applied Mathematical and Physical Science from the National Technical University of Athens. Her main research interests are: Input-Output Economics, Structural Analysis, Econometric Modeling, Regional Development and Cohesion and Labour Market Analysis. Dr Markaki participated in many quantitative and qualitative research projects (national and European) on the area of applied economics, she has published 18 articles in international peer-reviewed journals (such as Economic System Research, Energy Policy, Review of Radical Political Economics etc), 10 articles in collective volumes and she participated with presentations in 35 national and international conferences. 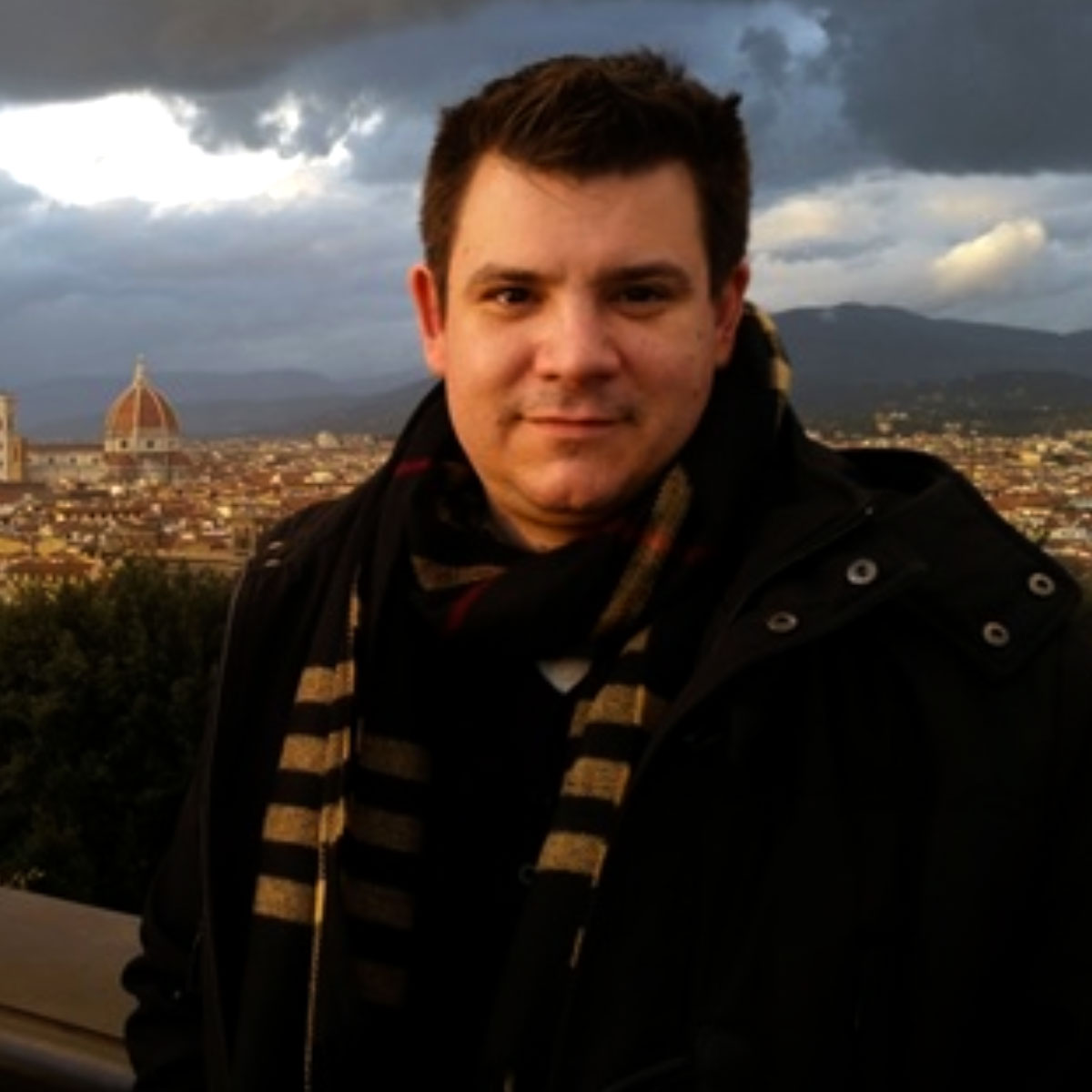 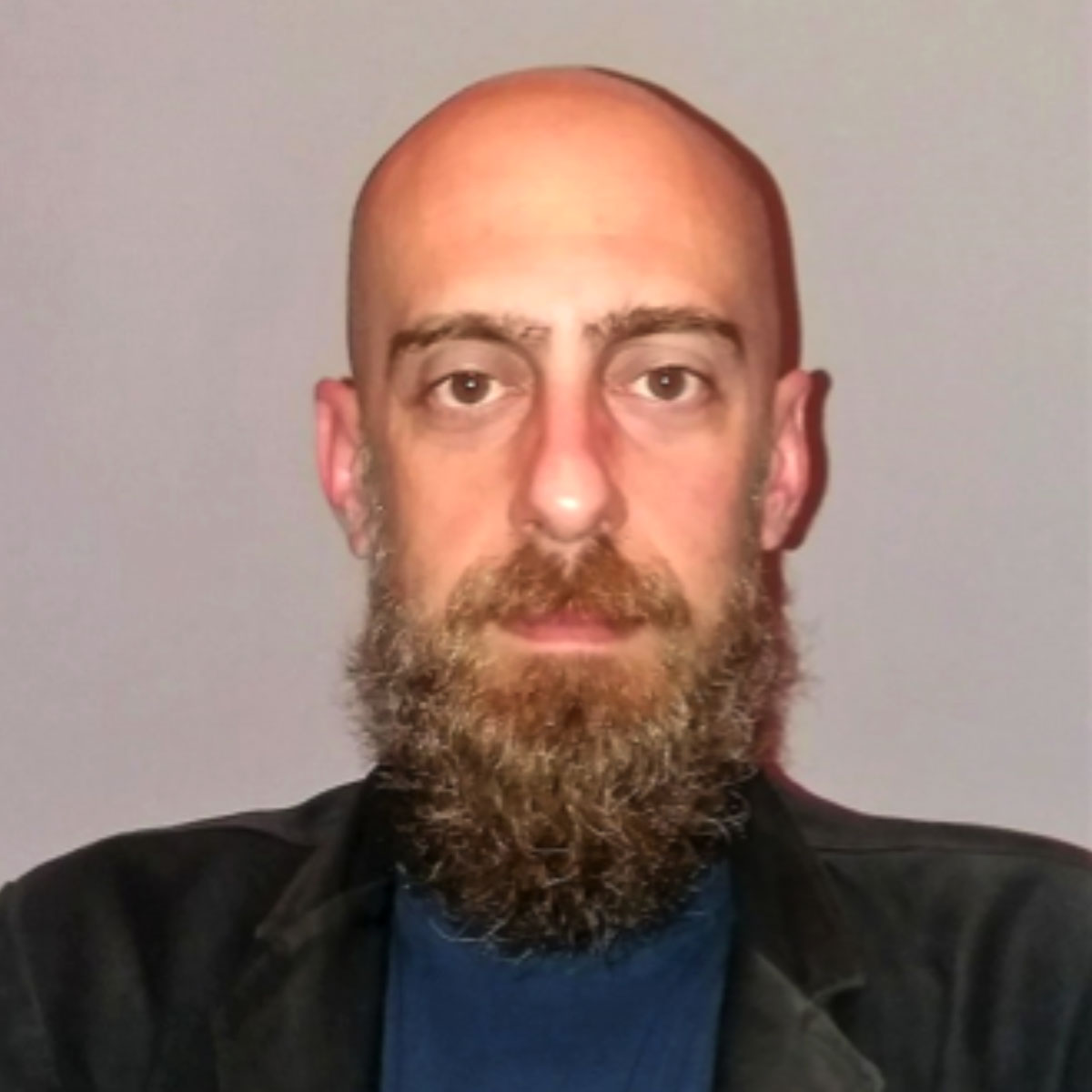 Theocharis Marinos is a doctoral student at the National Technical University of Athens (N.T.U.A., School of Applied Mathematical and Physical Sciences, Department of Humanities, Social Sciences and Law and the Laboratory of Theoretical and Applied Economy and Law). In his undergraduate education, he received a diploma in Civil/Transport Engineering (five-year degree, Bachelor plus MSc equivalent) from N.T.U.A. Afterwards, he continued his postgraduate education receiving an MPhil in Economic Science (two-year degree) from National and Kapodistrian University of Athens (Faculty of Economics and Politics, Department of Economics). His main research interests are: Transport Economics, Econometric Modelling, Regional Development, Economic Growth, Input-Output Analysis and Labor Market Analysis. During his postgraduate education, Mr Marinos participated in a number of quantitative and qualitative research projects (national and European) on the area of applied economics. He has published three articles in international peer-reviewed journals (such as Journal of Public Transportation, and European Journal of Transport Infrastructure Research) while he participated with presentations in four national and international conferences. 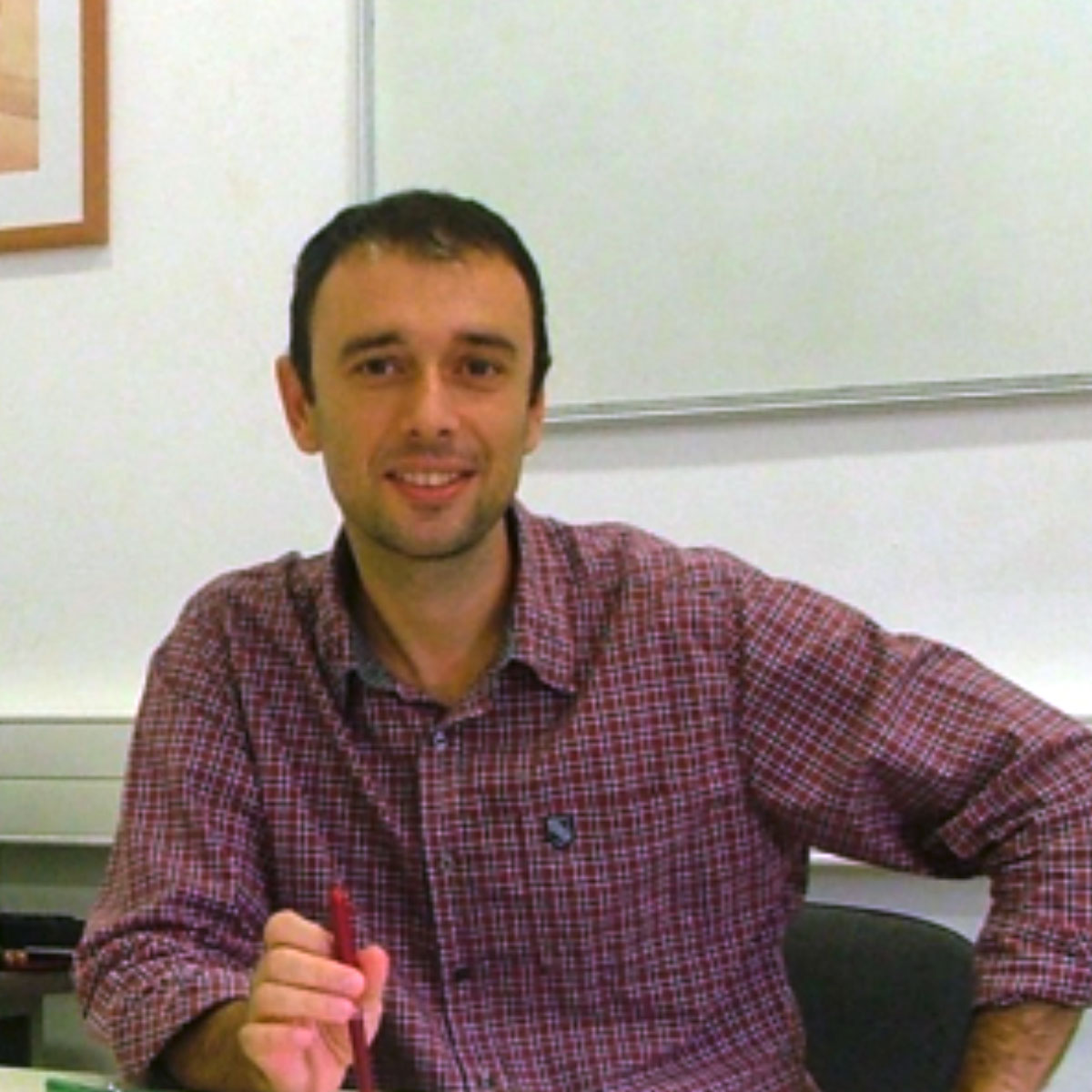 Dr Spyridon Stelios is a member of the Laboratory Teaching Staff of the National Technical University of Athens (NTUA). He earned a Bachelor’s degree in Political Science and Public Administration from National and Kapodistrian University of Athens (UoA) and a Master’s Degree (MA) in European Communication Studies from University of Amsterdam. He obtained his PhD in History and Philosophy of Sciences and Technology from UoA. He lectures at several schools of NTUA. His main research interests are in communication, ethics, epistemology, experimental philosophy and he has authored several (more than 20) book chapters, articles in international peer reviewed journals and conference proceedings in these areas.

Prof. Christos Bagavos is Associate Professor of Demography at the Department of Social Policy at Panteion University. He holds a PhD in Economics (field Demography Economics) from the Institute of Political Sciences of Paris. His research work is fully aligned with the requirements of the SIRIUS project as he has conducted studies and research on socio-economic and policy issues of demographic developments, international migration, social services and health issues. Moreover, he evaluates and assesses proposals and projects for the European Commission (DG Research and DG Employment Social Affairs and Inclusion) the Greek General Secretariat for Research and Technology, the Greek Social and Economic Committee, and the Greek Statistical Authority. He used to work as consultant for the European Commission. 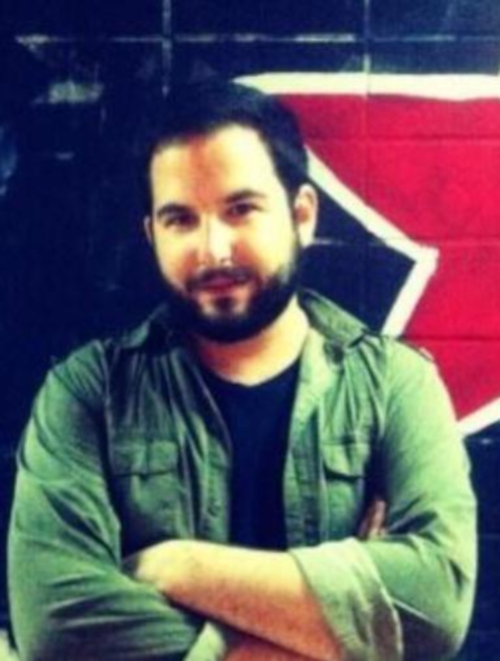 Dr Nikos Kourachanis (Athens, 1987) is a Postdoctoral Fellow of Social Policy at Panteion University. His research interests focus on social policies for vulnerable groups, such as homeless, migrants and refugees. He is the author of the books Homelessness and Social Exclusion in Crisis Greece (Topos, 2017 along with Professor Despina Papadopoulou) and Homelessness Policies (Papazisis, 2017). He teaches Social Policy at Panteion University and the University of the Peloponnese.

Konstantina Lagoudakou is a junior researcher. She holds a bachelor degree in Statistics from the Athens University of Economic and Business and a Master degree in Social Policy from the Panteion University of Athens. Her research interests focus on statistical analysis and on the integration of migrants into the labour market.

Giorgos Kritikidis is a graduate of the Department of Sociology of the Panteion University. He is a scientific associate at the Labour Institute of GSEE, since 1995, researching on employment, unemployment, immigration, wages and labour relations. He is a member of the Greek department of the European Industrial Relations Observatory (EIRO), since 1997. From 1992 to 1997, he worked as a partner in a private company '' MENDOR '' of Local Development & Planning Consultants.  As part of his research activities, he has published relevant articles and has participated in the writing of several studies. He has also participated as a lecturer at conferences and workshops with thematic sections within his research fields and interests. His research interests focus on labour market analysis, the advancement of Development Programs and development studies, labour relations, immigration and discrimination.