Labour Market Integration in Italy: The Role of Civil Society Organisations in a Fragmented System. 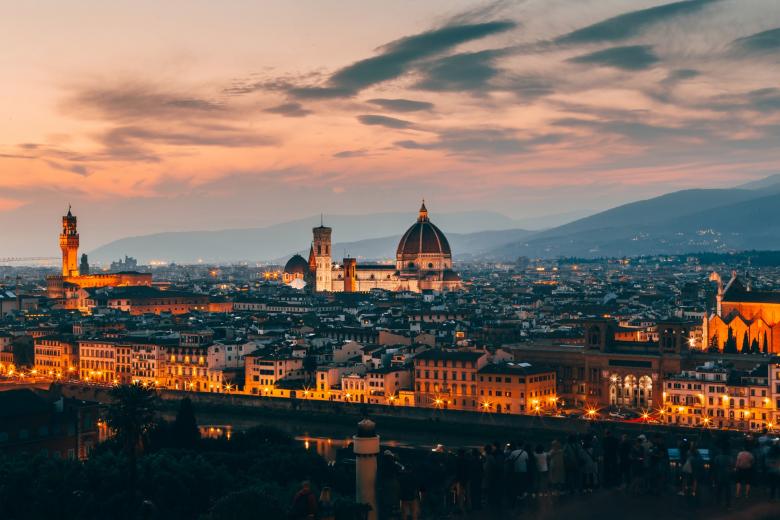 Before the migration crisis, Italian CSOs dealing with migration were mostly active in providing support to illegal migrants, particularly in terms of access to healthcare and legal services against discrimination and exclusion, or to promote integration and intercultural exchanges. Few were providing services targeted specifically at integrating migrants into the labour market, with language courses being some of the most diffuse activities (beside multicultural exchanges and promotion). The picture changed after 2014, with the proliferation of CSOs dealing with refugees and asylum seekers, particularly in the field of assistance and reception. This is reflected by the increasing number of social cooperatives and other CSOs that activated ad-hoc programs for migrants, refugees and asylum seekers (MRAs), often responding to public tenders to manage the reception of refugees and asylum seekers. With regards to the integration of MRAs, CSOs in general are active as service providers, not much involved in policy making, and voice activity, as we have observed relatively low levels of activism and advocacy. We can assume that this is linked to the nature of the vast majority of organisations, active in the public reception system. Indeed, in recent years most CSOs are working in the reception sector, providing their services in the CAS (extraordinary emergency centres) and Protection System for Asylum Seekers and Refugees (SPRAR) programmes, thus asylum seekers and refugees are their almost exclusive target groups. On the other hand, organizations operating outside of these systems, provide services often in the forms of help desks, language schools and cultural mediation to foreigners in general, without specific target groups.

If we look at the legislative context, in Italy there is neither an integration law nor a real national integration programme for MRAs. Furthermore, labour market policies are a regional responsibility. Therefore, in this context, the picture that emerges is quite fragmented, with CSOs active mostly at local rather than the national level, generally few nationwide association and networks, and limited international cooperation. Nevertheless, according to the Integration Agreement (Presidential decree n. 179/2011), there is a central government commitment to organize the integration process of those migrants over 16-years old who require a permit to stay (for one year or more) in the event of the first entry into Italy.

In the first reception system of the CAS, the supply of services aimed at integration is not prescribed by the legislation beyond language compulsory language and civic integration courses are provided. Thus, most is left to the aims and capabilities of the specific associations that manage these centres. Still, the protracted time that migrants have to spend in CAS centres, motivated some of the organizations managing them to provide at least some basic services for job orientation, which is a primary need advocated by most migrants hosted there. In this case, we also witness a relevant role played by informal networks within the reception centres where people who have managed to find a job are sharing their experiences and providing contacts for others. The latter is often the only opportunity for refugees without valid documents, forced to find and accept jobs on the black market due to legislative constrains emplaced by the Salvini Decree. On the other hand, the second level SPRAR system provides a wider range of integration services for unaccompanied minors, refugees and (until the “Salvini decree” of 2018) asylum seekers who are hosted in second line reception centres. Among such services, we can list teaching of the Italian language, cultural mediation, legal counselling, health assistance, psychological support, accompaniment with job searching. Furthermore, we had specific projects for people with mental or physical disabilities, and initiatives for the socio-occupational integration of vulnerable migrant groups, fostering the creation of individualized pathways aimed at encouraging employment. This is now limited only to unaccompanied minors and people who have been granted international protection. In addition to the system of integrated services offered by the SPRAR system, training internships were another important service that facilitated the entry of foreigners into the labour market, but this part is mostly responsibility of regional and local administrations.

In short, we see extreme diversification of services due to the lack of national legislative and clear policy frameworks, aggravated by the extreme policy fragmentation and limited coordination among the several actors involved in the governance of the phenomenon, which is confirmed by stakeholders’ opinions. Still, according to our data, it is a widespread conviction that the SPRAR system was a successful model for integration, with its major limit being the limited time (6-8 months) given to the MRAs to stay there while both undergoing integration programs and job/house searching. In all cases, it emerges as extremely relevant for a complete and successful integration, to prepare MRAs to be autonomous once out of the program, not only thorough a care approach but pursuing the empowerment and autonomy of people. For instance, refugees who passed through the SPRAR system are reporting mostly positive experience in social and economic inclusion. Yet, some lament a problem in the lack of preparation towards an autonomous life once out of the system, after having been dependent on the operators particularly about finding accommodation. Furthermore, the local economy seems to play a crucial role on the opportunities and strategies for labour market integration of MRAs. Most of the best practices are from areas with high social capital, and a tradition of highly developed public services (i.e. Emilia Romagna) rather than agricultural-focused areas or areas with high rates of unemployment (i.e. most areas in Southern Italy). The better results are achieved when CSOs are facilitating a matching between the skills and competences of MRAs with the needs and economic structure of the territories. In general, cooperation between CSOs and public institutions, as well as the local economic community, is crucial for a successful integration process.

In conclusion, CSOs play an important role in relation to the integration of MRA in the Italian labour market, particularly after the 2014 migration crisis. However, their role cannot be isolated from the specific national context, spanning from the legal framework to the civic culture and specific territorial socio-economic characteristics. Particularly, the current legislation hinders the possibilities for successful integration of migrants in the labour market by severely limiting the beneficiaries of the “SPRAR” services, which on the contrary should have been extended to first line reception systems. Furthermore, we can observe different patterns for migrants to find an employment. As for ‘economic’ migrants, they often do not look for the services of CSOs to find a job, relying mostly on ethnic networks, whereas asylum seekers and refugees are involved with CSOs by the reception system, with the active participation of institutions, NGOs, and civil society associations involved in the migration governance system. All this makes the role of CSOs in the integration of migrants into the labour market much more significant in case of refugees and asylum seekers.

You can read more on the role of civil society actors involved in labour market integration in Italy via our recently released SIRIUS report: