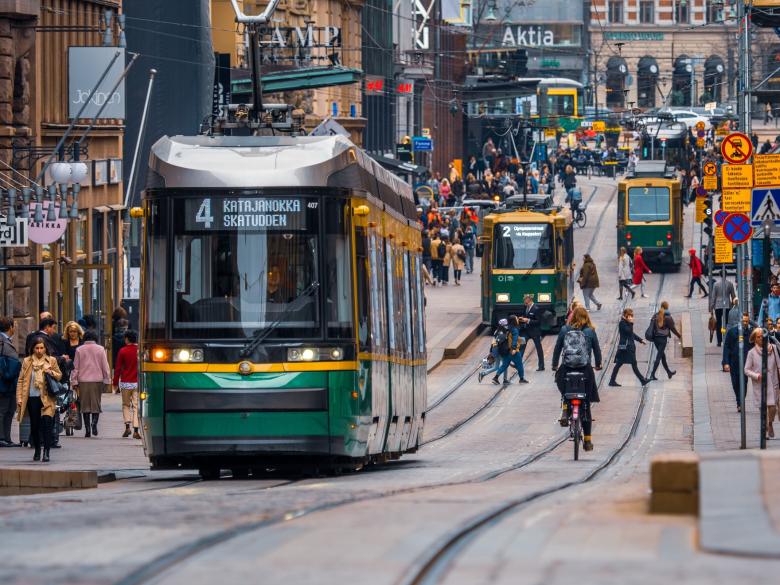 Currently there are around 100,000 registered associations in Finland (Finnish Patent and Registration Office, 2019) and up to 80% of the population belong to at least one of these associations (Ekholm, 2015, 9). In international comparison, proportional to the size of the population, the amount is considerable.

There is a large number of CSOs in Finland which are involved in supporting job search activities and improving the employability of the unemployed. The role of CSOs in the labour market integration of migrants has also been growing recently. Although the primary responsibility for the implementation of practical integration measures in Finland is with the municipality and the employment office (TE-office), the important role that associations can have in promoting the labour market integration of migrants is also recognized.

To investigate the role that CSOs currently have in labour market integration we interviewed 40 migrants, refugees and asylum seekers and 20 CSO representatives in Finland. MRAs from 15 different nationalities (Russia, China, Somalia, Ethiopia, Eritrea, Kenya, India, Bangladesh, Vietnam, Nepal, Iraq, Columbia, Syria, Pakistan and Iran) were interviewed. The CSO interviews were conducted in Jyväskylä and in Helsinki. Local level organizations that organize activities for migrants regarding labour market integration were targeted, although national level organizations working in the field were also interviewed, most of which were located in Helsinki.

Based on our analysis and particularly the CSO representative interviews, we found that both migrant and native established CSOs in Finland organize various types of labour market integration support. There are however not that many migrant led CSOs that focus solely on a labour market integration, and services related to this are thus generally offered on a small scale which complement other activities and services. According to the CSO interviews, migrants need help finding information and learning about work practices in Finland. The various bureaucratic regulations that regulate work and the labour market in Finland are seen as difficult for migrants to comprehend. Common labour market integration related activities organized by CSOs include job seeking support such as CV writing and preparing for interviews, guidance, mentoring, and job brokerage in which employers looking for employees are matched with migrants looking for work. Many of the CSOs also offer internship and work trial positions within their own organization, which are seen to have an important role providing openings to the labour market. Furthermore, several of the CSOs also bring up that it is important to continue supporting both the employee as well as the employers after the migrant starts working. In practice this means that some of the CSOs offer various support services to employers and employees to ease the integration of (new) migrant employees into the workplace.

While we find in the interviews that CSOs offer various services and are interested in supporting labour market integration, many migrants still do not seem to be aware of these services or have experience with them. Only a few of the interviewees reported having received support from CSOs in labour market integration and many in fact believed that CSOs couldn’t help them very much in dealing with these issues. Some reported that they had sought assistance but were not able to use it because of language barriers, or not finding the right person to contact. Overall, the MRAs who were interviewed did not regard the role of CSOs in labour market integration as important when compared to the role of other stakeholders such as government employment services. In general, this reflects the system in Finland, which puts officials, mainly at TE-offices, in charge of the labour market integration of migrants. The division between third sector actors and official actors does not therefore seem to be very clear for many migrants. Those interviewees that had received and sought support from CSOs in labour market integration reported that they had received help in things such as writing CVs, career planning and education related planning. The interviewees also described the value that they placed on the information received from CSOs differently than the information they receive from friends. The information provided by CSOs is often considered more official and definitive.

To conclude, although many of the CSO interviewees report that the labour market situation for migrants has been improving, the unemployment percentage is still much higher among migrants than among native born citizens. The official services are thus not working effectively enough for everyone to find employment. Many CSOs are doing an important job supplementing these services. However, based on the interviews, it seems that there is need for even more activities by CSOs, so that more migrants could participate. Moreover, it also seems that there is still work to be done in informing migrants about the opportunities that are already available, given that many of the interviewees were in fact skeptical about whether CSOs could help them at all in their labour market integration. We thus recommend that CSOs should engage more in awareness raising activities regarding the services that they can offer.

You can read more on the role of civil society actors involved in labour market integration in Finland via our recently released SIRIUS report: